This book proves that even the most ordinary lives can become extraordinary. Growing up as the plain daughter of an embarrassingly ambitious mother, Jane Seymour learns to fade into the background of life, a defense mechanism learned early at the hands of bullies. But far from being a boring character, Jane has a full and rich range of emotions and ideas that come to fruition, growing and changing as she is forced into court life in order to support the hope of her family, her eldest brother, Edward.

Jane goes to France at a young age as a lady companion to King Henry’s sister Mary as she marries the King of France, where she renews a friendship with her neighbor and once champion, William Dormer. Their friendship proves unforgettable to both of them, even throughout the years as Jane waits on the exiled Queen Katherine, comes to know the reviled Anne Boleyn, and is eventually sent back home with no prospects for the future. William and Jane want to marry but are denied the chance by William’s parents. Jane has given up hope when King Henry, tiring of Anne, comes by chance to her home after a hunting accident. There he comments on Jane’s sweetness, which does not go unnoticed by her ambitious family, and Jane realizes there may be more to life than loneliness and boredom. The rest, as they say, is history.

I really enjoyed this book. I would have liked the story to go a bit further; it ends rather abruptly, as I suppose Jane’s life did. I recommend this book to anyone interested in this unassuming but most important historical figure. 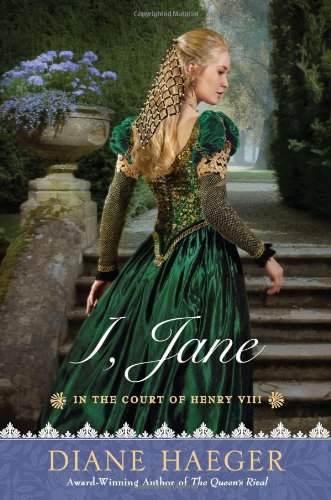