Richard Lee founded the Historical Novel Society in 1997 after trying to join it, only to find it didn’t exist. The society has since developed in many unforeseen ways, following the enthusiasms of the active membership.

Richard has been involved with the organisation of many UK HNS conferences, co-hosted the Cambridge History Festivals, and ran author talks for two years at English Heritage’s flagship Kirby Hall re-enactment event. He has been a judge of the CWA’s Ellis Peters Historical Dagger, the RNA’s Elizabeth Goudge Trophy, the RNA’s Pure Passion Awards and has established the HNS New Novel Award and Short Story Award.

Richard studied English at Merton College, Oxford, and worked for many years bookselling with W.H. Smith and Waterstone’s. One day he will finish his novel of the Crusades. Twitter: @histnovel

Bethany Latham is a Professor, Librarian, and Managing Editor of the Historical Novels Review. She is also an Associate Editor for the Journal of Academic Librarianship, as well as a reviewer for HNR and Booklist, and a contributor to NoveList. She regularly publishes book chapters and articles in various scholarly journals, and is the author of three works of nonfiction.

Sarah Johnson has been an editor with the Historical Novels Review since 2000. An academic librarian and readers’ advisor, she has been reading and collecting historical novels for many years and also reviews for Booklist and CHOICE: Current Reviews for Academic Libraries. Her articles and reviews have appeared in NoveList, The Globe and Mail, Bookmarks Magazine, Library Journal, and other popular and scholarly publications. In 2012, she won the American Library Association’s Louis Shores Award for excellence in book reviewing. She has authored three nonfiction books, most recently Historical Fiction II: A Guide to the Genre. For more information, visit readingthepast.com.

Lucinda Byatt developed a passion for all things Italian as a result of studying, working and marrying in Italy. She has worked as a translator for longer than she cares to remember, and now also teaches Italian Renaissance history at Edinburgh University. Raised on a reading diet of Cynthia Harnett, Rosemary Sutcliff and Anya Seton, she loved history enough to complete a doctorate. She’s fascinated by the lure of historical fiction, but also unashamedly purist: solid research must underpin the flights of fancy. She’s delighted to be part of the editorial team for the society’s newly merged Historical Novels Review, which will continue to offer an intriguing range of features, coupled with its benchmark review section.

Find out more at lucindabyatt.com. 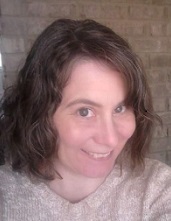 With a Master’s degree in library & information sciences and a Bachelor’s degree in history, Rebecca has long held a passion for historical books. She has been a reviewer for Historical Novels Review since 2006 and a US reviews editor since 2015. Rebecca has extensive experience in teaching writing and research classes. She currently works as an instructional technologist for Mary Baldwin University and lives in Staunton, VA with her husband and three cats. As a recent empty-nester, she hopes to soon find more time to pursue her love of reading and reviewing all things historical.

Myfanwy is currently an Honorary University Fellow at two British universities. A prize-winning short fiction writer, she is passionate about encouraging aspiring writers to use historical facts, places and events as inspiration to write engrossing historical fiction. In order to introduce novice writers to the joy of writing, she designs and runs historical fiction and creative writing workshops and courses for universities, medical schools, museums, libraries, community groups and companies. Based on workshops and with contributions from 50 writers, Historical Fiction Writing – A practical guide and tool-kit was published in 2011 and Creative Writing Cocktails in 2018. She has initiated and overseen numerous community writing projects and anthologies, the most recent being ‘Go Gothic’. www.myfanwycook.com or Twitter @MyfanwyCook.

Bryan Dumas is a freelance writer, book reviewer, and history teacher (middle and high school). His most recent work, a series of historical non-fiction articles called “Stories of Survival,” appeared in American Survival Guide magazine. He has served as a reviewer for HNR for two years and is excited to be joining the editorial team. He is a self-described history nerd, with a B.A. and M.A. in US History, and an outdoor enthusiast who once hitchhiked across Alaska and the Yukon just to see Jack London’s cabin in Dawson City. When he’s not reading historical fiction, he’s writing it; he is currently working on a novel set during the Great Chicago Fire. He lives in Colorado with his amazing wife, son who says no a lot, and neurotic dog. You can find him online at bryanpgdumas.wordpress.com and on twitter @BryanDumas. 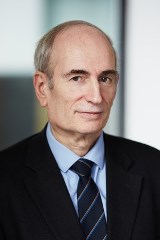 Alan has returned to being a reviews editor. After a wide variety of careers including being a supermarket floor cleaner, office clerk, fruit picker, Air Force officer, and benefits claimant, he took late retirement a few years ago from his last job, as a technical editor. He published five historical novels before abandoning writing, but he is still an avid reader of historical fiction. His website is at https://www.alanfisk.com. 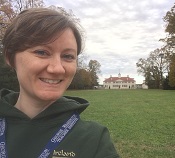 Sarah Hendess has reviewed books for the Historical Novels Review since 2018. By day she teaches U.S. History to middle- and high-schoolers, but her alter ego is an active member of the Florida Writers Association and a four-time finalist for the Royal Palm Literary Awards. With any luck, someday she’ll win. She holds a B.S. in Professional Writing and an M.A. in History, so reading, writing, and reviewing historical fiction seems like the natural thing to do. She lives in Florida with her husband, son, and too many pets.

Edward James lives in Cheltenham, England, where he has retired after being successively a university lecturer in Britain and America, a British civil servant, an EU official and an international consultant in Eastern Europe and the former Soviet Union. He has published books on social policy and local history and two HF novels, The Frozen Dream and Freedom’s Pilgrim, both set in the Age of Discovery, as well as a personal memoir, Collateral Damage. He was also editor of the Cheltenham Writers’ Circle anthology, Hillside Voices.

I have been a UK Reviews Editor since 2007, having first joined the HNS in 2000. A keen but amateur historian, my main interest is in the Restoration Court and politics of Charles II. But I have an enthusiasm for good writing of any kind and a passion for books. I also write and have had a number of short stories published in various anthologies.

I took early retirement in 2013, and when not reading or writing can be very often found looking after my young granddaughter, playing golf or, actively following the fortunes and misfortunes of a hitherto fairly obscure English football club, Leicester City, who I have supported since the age of 7, and then watched in amazement their rise to global prominence in 2015-2016.

I have a PhD in Medieval Art History and am Senior Lecturer at the University of Central Lancashire. As part of staff development I also recently took an MA in Writing for Children, which included editing and publishing. I am co-author and editor of Lancashire’s Sacred Landscape. I have recently completed writing and editing a book on Anglo-Saxon history and archaeology for 8-12 year olds, which will be published later in 2017. Before re-entering academia I worked as a Documentaries Director and Researcher with the BBC in their History and Archaeology Unit.

Xina Marie Uhl developed a love of history in grade school, and went on to obtain a BA and MA in history, with a specialty in the ancient Mediterranean. As part of a varied career, she taught college level history and authored more than thirty nonfiction books for young people.

As a fiction writer, Uhl‘s work spans genres, including romance, humor, fantasy, and adventure—and locations, including the Roman Empire, Antarctica, and the Old West. Her latest release is a humorous historical romance, Lady Law and the Texas DeRangers, from XCPublishing.net. Visit her website at xuwriter.com to learn more about her work.

Misty Urban is a fiction writer, college professor, and medieval scholar whose love of historical fiction grew out of a childhood crush on King Arthur. She reviews for Publisher’s Weekly and the Medieval Feminist Forum and is the founding editor of femmeliterate (http://www.femmeliterate.net). When not teaching, writing, or editing for Madwriters (http://www.madwriters.net), she enjoys reading to and with her kids, who are rather fanciful storytellers themselves.

Karen Warren is a full time writer, having previously been an academic librarian and then a tax professional. She is currently writing her second novel, while planning the third… As well as reviewing for the Historical Novel Society, she includes reviews on her author blog (Karen Warren Author). Karen is also a travel writer, writing for her own site (WorldWideWriter), and third party publications. This allows her to indulge her many interests, including some rather obscure aspects of history.

Larry Zuckerman has worked for a wine merchant, taught English for the Peace Corps in Africa, spent twenty years as an editor, and been a full-time parent of two sons, now grown. He has published books about the potato’s influence on Western history and the German invasion and occupation of Belgium during the First World War. These days, he writes exclusively historical fiction and hones his craft by reviewing for these pages and on his blog, Novelhistorian.com. As a reader, he needs stories about people who have inner lives — dreams, desires, impulses, private selves — the quality that, to him, makes Winnie the Pooh and War and Peace special in the same way.

Fiona grew up in West Wickham, Kent and moved to Canada in 1972. She married a Canadian, home-schooled 3 children, ran a tourism business, was volunteer president of the local daycare and retired in 2011. She reads 80/100 books a year and doesn’t have a TV. Most walls of her house are lined with bookshelves – both fiction and nonfiction. Special interests are Welsh & Scottish history, Vikings, early Britons, the Conquest, Roman Empire, Renaissance Italy, Lancasters, Yorks and Tudors. She cannot imagine a world without books in her life and volunteers many hours with the local library just to be sure. She began helping Sarah Johnson in 2014, by compiling the lists of forthcoming novels for children and YA, and proofing the quarterly HNR magazine document. She lives in south-central Ontario.

Claire Morris started reviewing books for the HNS in 1998, and became managing editor of Solander in 2004. She helped organize the first North American conference in 2005, and coordinated the marketing and communications for the second conference in 2007. In 2009 she left the HNS to focus on other things; five years later she has returned as web features editor. Claire works as a professional writer and editor, and is the principal of Claire Morris Strategic Writing & Editing.

We support our members, and our members support us! As a member, you’ll receive our magazines, be eligible for event discounts, and can even be listed in our directory.