What Passes as Love

Life on the Holt plantation, in 1860, is easier for Dahlia Holt than most. The enslaved daughter of owner Lewis Holt, she passes for white, living in the big house since age six, but is treated unequally to her sisters. At sixteen, she yearns for independence and most of all for Bo Carter, her childhood playmate and protector, an enslaved horse handler and driver.

During a carriage trip to town, a chance encounter with rancher brothers Ryland and Timothy Ross, the latter in search of a wife, gives her a once-in-a-lifetime opportunity. Chaos caused by a bank robbery causes diversion enough for her to leave with the Ross brothers unnoticed, an adventure Dahlia embarks upon with naïve impetuosity. Bo, as driver, is later blamed for Dahlia’s escape. He is sold off, and a property warrant is issued for Dahlia. But Dahlia is unaware of this until Timothy buys Bo from a slave-trader to attend Ryland’s horses. Dahlia, reinvented as Lily Dove, has wed Timothy, but, although kind to her, his affections don’t lie with women. She’s accosted by Ryland, despite the presence of his wife, and everyone is suspicious of her, slaves and whites alike. Timothy is perpetually absent, and Lily and Ryland become bound by secrets neither dare betray. Bo’s arrival brings her solace and danger in equal measure.

The author really gets inside Dahlia’s head, creating a protagonist who knows how to make the best of a bad situation and who constantly puzzles over the enigma of being neither Black nor white, a girl caught in the middle. She’s resourceful, a chance-taker who dreams and schemes until opportunities present themselves. It’s impossible not to root for her, however risky her actions. One character’s change of heart is unconvincing, but that’s a small thing. Readers preferring novels about slavery with happy endings will enjoy this one, as I did. 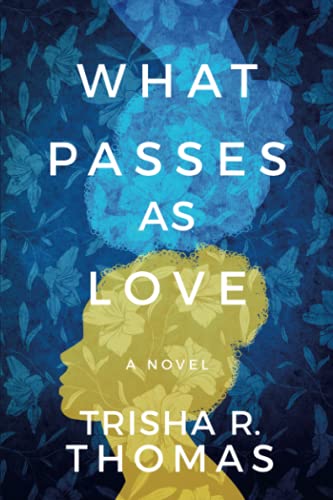