Elizabeth Seton is shunned as a traitor’s daughter after her father’s actions in the English Civil War, and her mother’s death adds to her struggle to survive in 1650. Rather than live with her estranged sister, Elizabeth seeks shelter in Warwick with her aunt. Even before she arrives, her rash tongue singles her out as an ungodly woman, and her aunt doesn’t hide her displeasure at the unwanted attention.

James Hart, a Royalist officer in the war, still wages war on Roundheads even though they beheaded the king five years ago. To most he is an inn’s ostler, but sometimes he dons the guise of a highwayman to rob stagecoaches carrying wealthy Parliamentarians. He disburses the ill-gotten gains to the needy and saves what remains for Prince Charles. On one such escapade he meets an audacious woman who dares to call him a coward.

Hired to hunt down the highwayman, Lieutenant Ezekiel Hammond singles out Elizabeth as the woman he will marry, much to her chagrin. The more fervently he strives to turn her toward a more righteous path and the more vigilant he becomes in his duty, the more she is drawn to James. When unexpected visitors arrive on her aunt’s doorstep, she realizes James isn’t the only one with a secret she must keep. The growing rancor between Hammond and James comes to a head after Prince Charles returns to reclaim the throne, and Elizabeth pays the price for loving one man over the other.

The characters of this seamless interlacing of history with fiction vividly recreate the human struggles in the aftermath of the English Civil War. This exceptional historical novel is a gripping tale of love and jealousy rife with unexpected twists and poignant moments that whisks readers on an unforgettable journey into the past. 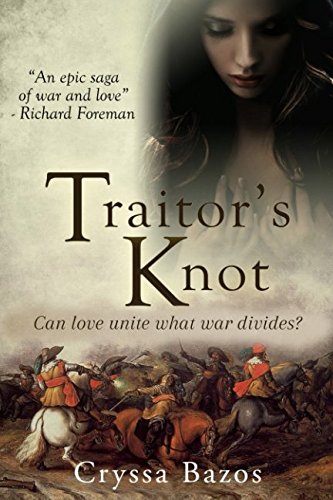