Lieutenant Billy Boyle of the U.S. Navy has been ordered by the Kennedy family to investigate and prove Jack Kennedy’s guilt or innocence after Jack is accused of murdering a native Melanesian – a “coastwatcher,” one of the brave men who watched for the approach of attacking Japanese planes or ships. Billy is both intrigued by this latest Kennedy debacle and repulsed that he is expected to clean up the mess, that is, make sure his investigation finds Jack innocent and thereby free of staining the family name. He travels to the Solomon Islands with his buddy, the Polish baron in exile, Piotr Augustus Kazimierz – “Kaz” to his friends. It’s Kaz who gets Billy to admit he carries an old grudge against Jack Kennedy, but Billy waits to explain the source of his rancor against the Kennedy family. Unfortunately, during the search for the actual murderer, many other gruesome deaths occur, and Billy fights for his life. Before the murderer is uncovered, Benn peppers the plot with descriptions of breathtaking Japanese and Melanesian battles. Replete with riveting and beautiful descriptions of the customs, rituals, and geography of these beautiful islands, this makes for great historical fiction for readers who crave a good mystery as well as a good war story. 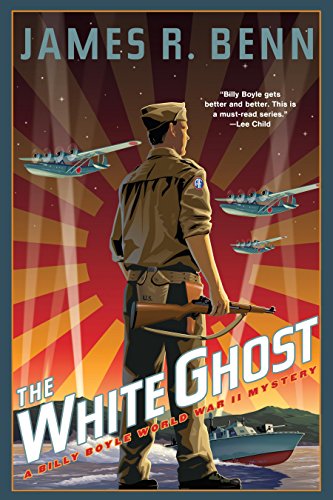