Charles Dickens is alive and well. Well, sort of; at least his spirit lives on in bestselling author Avi’s latest book, The Traitors’ Gate. It opens on a foggy night in Victorian London on the Thames with a secret meeting hinting at treason and treachery, and soon has readers knee-deep in the life of 14-year-old John Huffam as he struggles to clear his father’s name. His father, employed at the Naval Ordinance Office, has been sent to debtor’s prison yet firmly denies being responsible for the £300 debt to Mr. O’Doul. John soon finds himself living in prison with his family and trying to find out the truth behind his father’s relationship to Mr. O’Doul.

What follows is classic Dickensian drama complete with disguised strangers, street urchins, and one scary old woman, and locations ranging from swanky West End townhouses to the slums of Seven Dials. Having used the seminal event in Charles John Huffam Dickens’ young life (yes, that’s what the main character’s name came from)—his father’s incarceration in debtor’s prison—as the main plot point for the book, Avi has created a vivid, evocative and slightly scary world where things are rarely what they seem. Both plot and characters are masterfully fleshed out and keep readers entranced.

Although intended for children ages 11-14, The Traitors’ Gate is a delight to anyone of any age. Even those readers who might cringe at the childhood memory of being forced to read Dickens will find something delicious in this book! 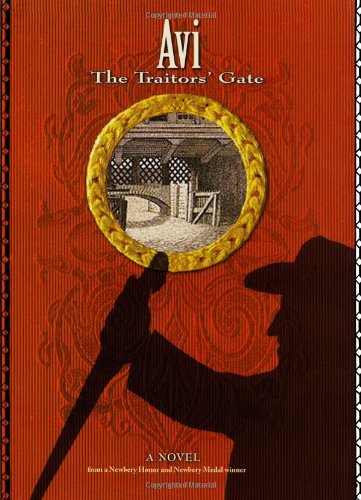