The Hammer and the Anvil: Frederick Douglass, Abraham Lincoln, and the End of Slavery in America

Most Americans know the story of Abraham Lincoln, 16th president of the United States from 1861 to his death by assassination in 1865. Some have heard of Frederick Douglass, former slave, great speaker and writer, and foremost proponent of ending slavery in the early and mid-1800s. This graphic novel presents the different points of abolitionists, Republicans and Democrats as well as the Civil War. It also gives an in-depth look at the different issues involving the Constitution, the desire by Lincoln to preserve the union of the states above and beyond the issue of slavery, and Douglass’ refusal to compromise for total freedom and equality for all African Americans. This includes the refusal to colonize former slaves and free men of color rather than end slavery in America and so much more. This graphic novel is well-written, well-researched, and stunning in its presentation. A superb historical fiction story! 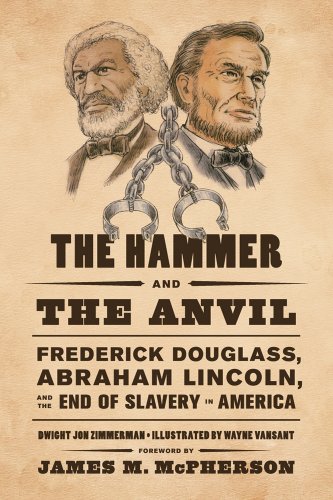