The Daughters of Mars

The First World War has become a staple of recent fiction. Thomas Keneally, in this epic novel told from an Australian perspective, enables readers to see events through fresh eyes. Centring on a group of Australian volunteer nurses – in particular, siblings Sally and Naomi Durance – the action moves from the Dardanelles to Lemnos, North Africa, and finally the Western Front, where Australians played a key role in the ultimate victory.

With a journalist’s eye for minutiae, the author tells – yes, tells – of the horror, privation, heartbreak, muddle in high places, of those years. I did not find the book easy to read; the wealth of detail and authorial viewpoint made it seem like a historical account, the multiplicity of fictional characters often submerged by the narrative. That said, there were some affecting sequences: the sinking of the hospital ship Archimedes, based on the Marquette in the eastern Mediterranean; Matron Mitchie’s devotion to her hitherto unrevealed son; and Naomi’s betrothal to Ian Kiernan, a Quaker serving in the Medical Corps. When the exhausted survivors and this reader eventually glimpse the end of the war, how is the author to round everything off? I’m not sure that his solution works; in effect it has alternative endings, neither of which satisfies.

The author has an abiding interest in Australians caught up in the darkness of European history. His novel The People’s Train (HNR 51, February 2010) deals with Russian Bolsheviks in Brisbane during the years leading to the fall of the Tsar. For sheer authenticity and authority, this new novel could appeal to readers interested in the Australian experience of the Great War. 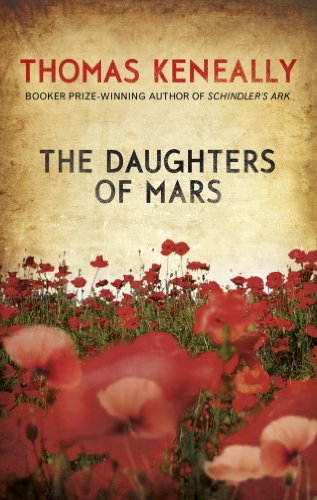