Salt to the Sea

Ruta Sepetys has written a fictionalized account of the single deadliest maritime tragedy in history, and the least known: the sinking of the Wilhelm Gustloff during the evacuation of Germany in 1945. Nine thousand people lost their lives when the ship was torpedoed by a Soviet submarine. The majority of the Gustloff’s passengers were civilians, five thousand of which were children.

To bring tragedy to the level of human understanding, Sepetys structures the book around four main characters: Joana, Emilia, Florian, and Alfred. Each short chapter is devoted to one character’s point of view. Desperately hungry and cold, Joana, Emilia, and Florian trek through snowy forests toward a ship that promises salvation. Meanwhile, Alfred, a low-ranking German stationed aboard the Gustloff, hides in toilets and composes hateful doggerel about Jews and other people Hitler reviles.

Despite the fact that the fate of the ship is known – or perhaps because of it – the characters attach themselves to the reader in poignant backstories skillfully woven through the chapters. While the characters become more compelling as the book moves to the inevitable sinking, some readers may be put off by the rapid shifting of perspectives, particularly at the beginning when determining one character from another is difficult. Readers are advised to keep at it until they can settle into the flow.

While Salt to the Sea is YA fiction, it spares nothing in the brutal portrayal of human cruelty, war, and evil. Sepetys should be commended for her honesty and meticulous research. And all of us should thank her for honoring the nine thousand souls who went to their deaths in this unspeakable tragedy. 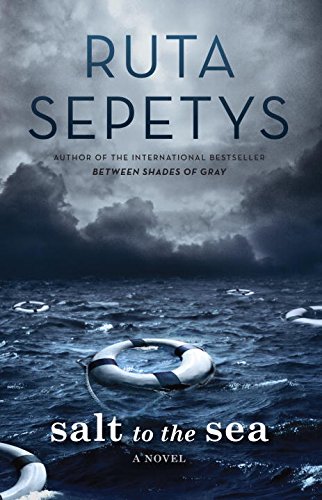