Though it saw few major Civil War battles, Arkansas is riven in 1864. Its residents hail from both North and South, and regard each other with deep suspicion. Though Arkansas is a slave state, those slaves begin to vanish after the Emancipation Proclamation. Soon, famine stalks the captive labor-dependent region.

In Camden, the family of thirteen-year-old Travis Ford struggles on many fronts. Travis’ father, a Confederate cavalryman, hasn’t been heard from for months. Hostile neighbors consider Travis’ mother a Yankee sympathizer. Then Camden is occupied by the Northern Army, and a vicious battle erupts between retreating Confederates and the First Kansas Colored Volunteers. In this true-life massacre, even surrendering black soldiers are slain. Then Travis finds a pair of wounded refugees; Northern and Southern, black and white…

In Poison Spring, Johnny D. Boggs presents a sensitive exploration of this tragic episode, suitable for both adult and YA readers. Though its genre is “Western,” Poison Spring is also superb historical fiction, and highly recommended. 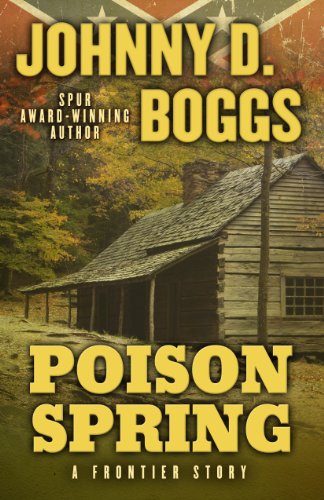