I loved the premise of this novel as well as the unusual, volatile settings of India and Ireland during WWI. Both countries were chafing under British rule and willing to reach out to Germany for help under the assumption that, as Downing says in his author’s note, “an enemy’s enemy” might prove a friend. British spy Jack McColl begins the novel in India trying to track down members of the terrorist group Jugantar during India’s independence movement in 1915. The novel ends with Jack and his Irish-American journalist lover Caitlin Haney in Ireland during the 1916 uprising.

This international spy thriller has well-crafted action scenes and an exciting climax that merges the love story and the protagonists’ political sympathies. I learned a lot about the political climate in India and Europe during the Great War, but the novel read like nonfiction because the characterization and historical details were weak. I never felt I knew the protagonists well enough to care about them and had no sense of their personalities or motivations. Downing reports historical and political events in a general way but rarely specifies details of the setting (clothing, technology, architecture) to evoke the era. In addition, the characters’ language and attitudes were anachronistically modern, often leading me to forget I was reading a historical novel. This is the second novel in the series, but unfortunately it didn’t make me want to read the first. 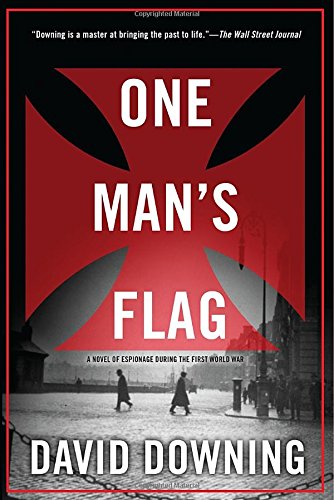