Anne Seymour is scurrilously characterized in the court of King Henry VIII as a “viper in a nest of rabbits,” a mysterious but obviously negative connotation. By the time the reader is finished with this devastating account of her role in the Tudor court, he or she will realize that is the understatement of the year! Anne, sister-in-law to the queen, Jane Seymour, collects evidence and manipulates the never-ending conflicts that exist between the Howards (relatives of Queen Anne Boleyn) and the Seymours, from the 1530s until the death of the volatile King of England.

Anne Seymour’s dreams and daylight hours are rife with fear and the nauseating memory of the violation she suffered at the hands of Henry Howard, Earl of Surrey. On the passionate, opposite side of the spectrum, she struggles with the highly charged lust she experiences when she’s with Sir Anthony Browne, a rising star in the King’s court; the attraction and repulsion between these two people add fiery spiciness throughout the entire novel. Anne Seymour’s family is portrayed in its rapacious greed for status in Henry’s court; all in all, that’s what everyone in this novel wants.

Sometimes the chess game-like schemes Anne and her husband, Edward, implement are exhaustingly dangerous, as one never knows how Henry will react with his ever-fluctuating moods. At the same time, E. Knight gives the reader poignant moments the reader will never forget, such as the scenes of the deaths of Anne Boleyn, Jane Seymour, and Anne Seymour’s child, as well as the king’s mourning of his one true love. My Lady Viper is stunning, shattering, and unforgettable historical fiction. 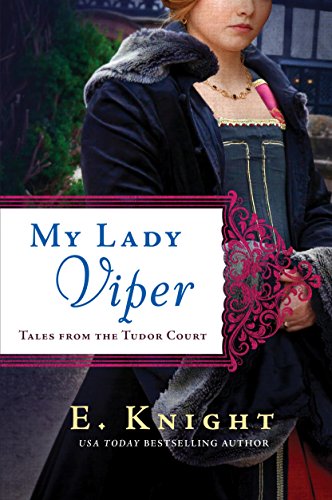