Famous Suicides of the Japanese Empire

The murmur of Yeats forms the essence of this haunting novel: “Sacrifices might come in many different forms. Too long a sacrifice makes a stone of the heart. All changed, changed utterly. A terrible beauty is born.” Ben O’Hara charts the family sacrifices made before and after his father’s suicide and his brilliant scientist brother’s disappearance. Ben is now an adult, married and the father of two sons. But Ben is still tortured by the mystery of his father’s silent past as a “No-No boy” of the Japanese interment camps after the Pearl Harbor attacks. Ben moves through a rough few years as a juvenile delinquent, who eventually straightens out to become a mediocre high school history teacher unable to find focus on his doctoral thesis, the famous Japanese suicides forming the basis for the novel’s title. A piece of the puzzle linking these stories and his father’s suicide is missing; one which Ben knows will redeem the repressed reality of hidden lies and looming madness.

He travels a painful journey with the reader, who begins to empathize as Ben moves closer to the truth and eventual freedom. While the novel jumps forward and backward in disjointed segments, the set pace parallels the effects of Ben’s quest for meaningful answers. David Mura exposes a side of Nisei history unknown to the majority of Americans about Japanese residents living in America who not only resisted signing an American loyalty oath after the Pearl Harbor attack but also refused to fight in a segregated military unit of the American Army against Japan. Readers will be riveted by the connection between this hidden aspect of history and the demise of both Nisei and Sansei family members haunted by an unspoken civil war that former Japanese camp prisoners and their descendants cannot escape. 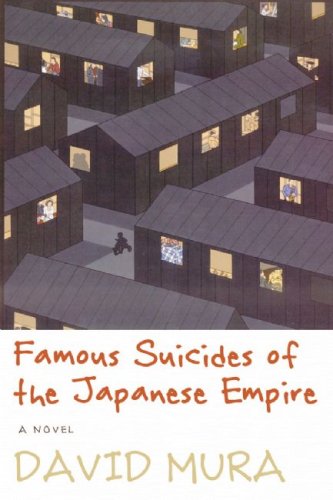