Set in the turbulent years of the 1470s and 1480s, The Tudor Crown tells of the fight for the crown which led to Bosworth Field in 1485. It focuses not on Richard III or the Princes in the Tower, but on the early life of the man who eventually became king, Henry Tudor.

Split between Henry’s perspective and that of his mother, Margaret Beaufort, the novel moves from the court of England under Edward IV and Richard III, to Brittany and France where Henry is exiled. Margaret plots and schemes – initially to keep her son safe and have his lands returned to him – but as time goes on and Richard III reveals his true colours, her ambitions grow. When the novel opens, Henry is a teenager literally thrown onto a foreign shore, all but alone and friendless. During the course of the book he grows to manhood, developing the friendships and alliances which will stand him in good stead when the time comes to claim a kingdom.

Hickson paints a fascinating portrait of her two main characters. Margaret has often been depicted as an overly pious, sour woman consumed by ambition for her son, but here she is a more rounded and sympathetic character. Henry, too, is presented in a new light, with the focus on his struggle for survival during years where assassination or forced repatriation were a constant threat, and how, away from his own country, he nevertheless learns the skills he will need to rule. The Tudor Crown is an enjoyable and entertaining read which successfully illuminates parts of a familiar story in a new way. 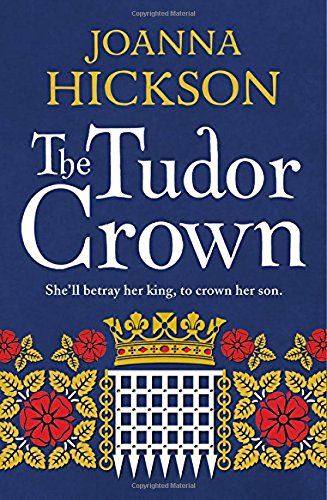