We know Tsarina Alexandra’s lady-in-waiting was with the Romanov family at the time of their assassination in 1918. Mossanen has used this historical verity in her astounding novel. We learn more particulars on the life and times of the “Last Romanov,” Tsarevich Alexei, through the eyes of his Tyotia Dasha — beloved “aunt,” Darya, who was (in this fictional version) also among the ill-fated group, but who survived the massacre.

In 1991, the 104-year old Darya, still living in a dilapidated manor in Ekaterinburg, receives a note from a secret Russian Nobility Association. She’s summoned to an estate, in Crimea, to verify the identity of a man claiming to be the Tsarevich Alexei.

Darya, born with an opal-eye, possesses a healing touch. She’s also assisted by the magical powers of a Faberge egg necklace and the scent of a piece of ambergris inside it. The mythical potency of the ambergris — found along the Crimean coast — features prominently throughout the novel.

The Tsarina brings up Dasha, upon the death of her parents. She becomes the governess to the sick Tsarevich. Yet, since she’s not able to treat Alexei of his haemophilic bleedings, they have to call in the indomitable monk Rasputin, who manages to heal him, at least temporarily. While Dayra devotes her full time attention on the Tsarevich, she also has a secret paramour, a Jewish artist. Through him, we learn of the hideous prosecution of the Russian Jews during that period.

The novel, although superbly written to bring out the grandeur of the Romanovs, has in parts bits of magic-realism that might seem out of place in a historical narrative. However, the story is so compelling that readers will follow Darya into the Crimean mansion, as if to watch the concluding episode of yet another movie on the Romanovs. 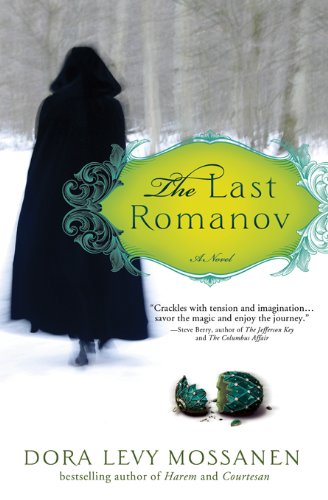