The Convictions of John Delahunt

On a December morning in 1841, a Dublin boy has his throat cut in an apparently motiveless killing. The trial and conviction of John Delahunt for the murder causes a public outcry when it becomes apparent that Delahunt is a paid informant for the authorities at Dublin Castle. As Delahunt reveals in his final statement before execution, nothing is what it seems in this dark, convoluted tale of doomed romance, drug addiction, poverty, greed and violent death.

Hughes, who discovered the bare facts of Delahunt’s life while researching a social history, spins an ingenious plot out of the half-truths and denials which emerged from his trial, but the true strength of his novel arises from his daring to defy convention to give us a protagonist who is virtually without redeeming features, reminiscent, for me, of Grenouille, the narrator of Patrick Susskind’s Perfume.

Haunted by the notion that he is responsible for his mother’s premature death, he grows into a feckless, venal, almost entirely amoral man. He fails at everything he undertakes, from the study of optics to his role as informer, yet he fascinates because his voice is blackly comic, his observations of other people’s foibles astute, and his love for his naive and feckless wife steadfast and unflinching. It is this, above all, which redeems him.

If I have any criticism of this accomplished gothic revival, it is that Hughes’ obvious love of Dublin causes him to dwell too much on the setting. The final scene, for example, loses tension and reads like a travelogue as Delahunt and his intended victim tramp the city streets, but it is a small price to pay for an otherwise excellent read. 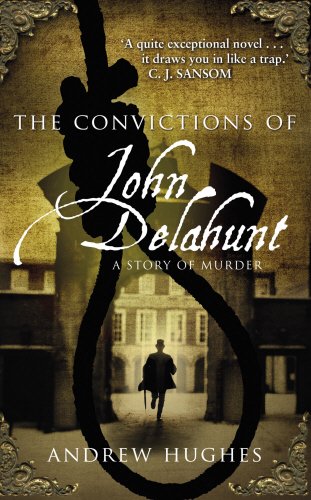