After reading about the famous Strongwood case, the author decided to share the trial documents with his readers rather than write another novel (after The Magic Bullet, 2011). Minneapolis, 1903. The facts are not in question. Addie Strongwood, 21, shot and killed Mikey Masterson, 26. On trial for murder, Addie claims self-defense. To convince a jury of 12 men that she feared for her life, Addie must discredit Mikey without discrediting herself.

The trial is a sensation. Witnesses assume the two were lovers, which, like Addie’s self-possession, works to her disadvantage. Yes, Mikey was a hot-tempered drinker, a frequenter of brothels, but Addie has skeletons in her closet too. Is she a thief as well as a murderer – or a woman wronged?

The plot is too familiar, but the “strategically-edited” trial records, newspaper articles, and personal notes are fascinating. Sharp-eyed readers will realize there is a game afoot, which may heighten their interest (or not) but will certainly please Millett fans. Strongwood is recommended for anyone who enjoys a good trial. This one is a humdinger! 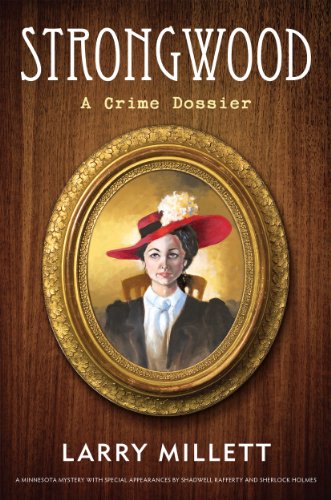