1897: While the city of London waits excitedly for Queen Victoria’s Diamond Jubilee, Margaret Harkness and her old ally Professor Bell are summoned to Germany to assist in a case of espionage. Sensitive information has been leaking from the office of the Security Service there, but the quick resolution of this quest sets other tragic pieces into play and ultimately threatens the life of Queen Victoria herself. The affair alters the course of Margaret’s life in unexpected ways, and threatens others she holds dear.

This second novel in the Margaret Harkness series is perhaps more of a thriller than a mystery, as the identity of the assassin is never in doubt. What stands out, however, are the fully fleshed characters, and the meticulous research that brings London, on the cusp of the 20th century, vividly to life. Harper sympathetically portrays all the players in this drama, as some are forced into choices they might regret, and others rise unexpectedly to surmount adverse circumstances. Margaret Harkness is a fascinating protagonist, a woman ahead of her times in many ways, and it is hoped that she will have many more adventures in the future. 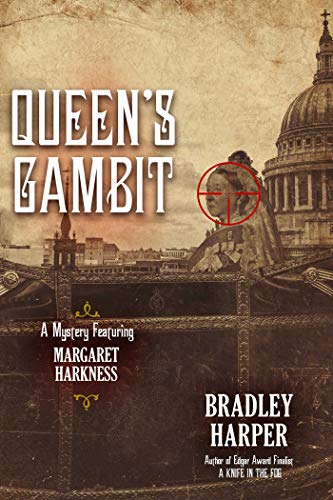