The summer of 1968, and Europe is in political ferment. Sam Wareham is a British diplomat based in Czechoslovakia, who starts a rather ill-advised affair with a minor Czech dissident, Lenka Konečková, when his girlfriend is posted back to the UK. As the Czechs feel their way to a new non-authoritarian socialist freedom (“socialism with a human face”), the writing is clearly on the wall for them as the Soviet Union and the rest of their fraternal allies in the Warsaw Pact express their concerns about the loss of Communist Party authority in the country. In a parallel story, James Borthwick and Ellie Pike, undergraduates at Oxford, decide to go hitchhiking around Europe in the summer vacation of ‘68. The besotted James can hardly believe his fortune that the attractive Ellie wishes to spend so much time with him; while he is a more prosaic Yorkshireman, studying science and from a modest background, Ellie is reading English, has wealthy parents and is a feisty personality. Their peregrinations take them through west Europe towards Prague and, as the reader soon understands, a meeting of the ways with the other main protagonists in the novel as James and Ellie arrive in Czechoslovakia.

A theme of the novel is the role of chance in life – Ellie and James resort to making some of their decisions about their route by simply tossing a coin, and following the direction dictated by the random fall of heads or tails. Life can just be a question of being in the right, or indeed wrong, place at a certain time. This is a very well written and captivating story, immersed in the late 1960s when so much seemed possible, yet when hopes could be crushed by the seemingly invincible and irresistible Soviet behemoth, which was only to last for another two decades. 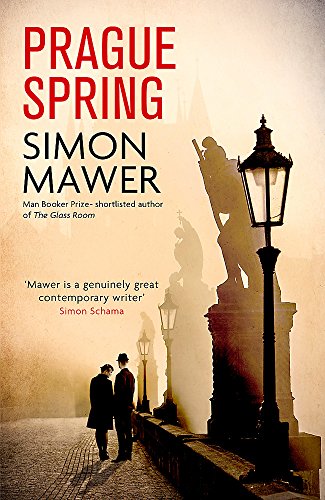