Oswiu has replaced his much-loved brother, Oswald, as the Anglo-Saxon king ruling Bernicia (Northumbria) from his stronghold at Bamburgh. Oswald has been killed by Penda, the ruthless and rapacious King of Mercia. Oswiu struggles to gain the same solidity of support as his brother, and is not recognised as ruler by the kingdom of Deira (York). Challenged to prove his mettle, he sets out on a journey to bring home his brother’s remains from Mercia, disguised as a blind man seeking a miraculous cure. Trickery and disguise emerge as Oswiu’s distinctive traits. He is accompanied on his daring raid by his faithful companions: his warmaster, Aethelwin; his scop (or poet), Acca; and the pagan priest, Coifi. The loyalty of Oswiu’s queen, Rhieienmelth, comes under suspicion and a wedge is driven between them. King Penda’s thoroughly unpleasant character is outstripped by his cruel son, Peada. A cast of other vividly drawn characters include the power-hungry thegn, Hunwald, and the charismatic bishop, Aidan.

Albert gives a strong role to the female characters. The queens and Oswiu’s daughter, Ahlflaed, are shown as equal players and counsellors in the action. Whilst Oswiu’s kingdom is Christian, Mercia is still pagan. Gradually, the contest between Oswiu and Penda builds to a crescendo as the new Christian god threatens the end for the old gods.

The novel is well imagined and thoroughly researched. Albert tells the story with humour and excellent moments of high drama. At the outset, his prose is occasionally longwinded or repetitious, slowing the pace, but once the story has been set up and the ensemble of characters has been introduced, the novel becomes a compelling page-turner. Oswiu is the final book in Albert’s trilogy on the 7th-century Anglo-Saxon kings of Northumbria, but it works perfectly well as a highly enjoyable stand-alone novel. 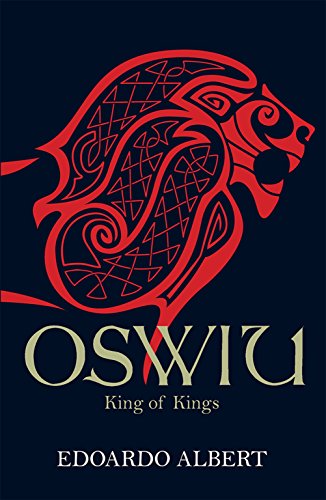