1936 Mexico is the setting for this hard-boiled tale of greed and promises to keep. Vernon Culley, a bookish engineer from Kansas City, is caretaker of an abandoned silver mine. An old ambulance and the two desperate men soon invade his solitude, chased by local outlaws headed by Paco Serrano. Culley and one of the men, Ray, listen to the story of the other as he’s dying and decide to deliver a fortune in gold bars for the sake of his widow… or do they? The lure of the gold infects, leading even Culley to contemplate murder of a man who becomes his friend. Ray and Culley travel across the desert to a town called Quenada (the ’Nada of the title) philosophizing about greed, gold and honor. Ray’s got the brother of a man he’s killed after him there, and the outsized lawman forms a squad of village men to go a take the gold from Paco and his men back at the mine.

’Nada’s components of bandits, murder, Jewish refugee rescue, harrowing desert treks, and action-packed gun fights (in one, both bullets and pages of Emily Dickinson fly) make for a great tale. The colloquial voice of the narrator Culley adds much to the you-are-there storytelling, but the Dutchman with a mission to make his wife proud and Ray, looking for a way into heaven, are the characters who compel. 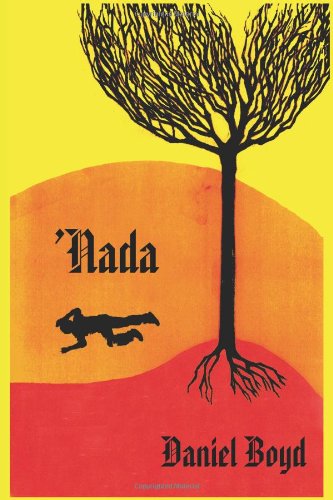