Written by G.S. Beard
Review by Rachel A Hyde

Ah, at last a new series dealing with the adventures you could have aboard a ship during what Marryat called “the golden age of warfare under sail”. John Fury is a seventeen-year-old midshipman on the frigate Amazon, and although his uncle is the captain, things are not going smoothly for him. He always seems to be in trouble of some kind, and when he is inadvertently responsible for a death, he is told to shape up or ship out. A cloud hangs over his name, for his father was so sadistic and violent that he caused a notorious mutiny, and it looks as though his son has leanings towards being a Jonah. But they haven’t seen any action yet…

The old idea of an unpopular young midshipman who makes good when he sees some action is surely the blueprint for most first novels in a seafaring series, and this is no exception. Still, “if it ain’t broke don’t fix it” is a good maxim, and it applies to this lively page-turner. Beard shows that he can write about nautical action fluently, and there is always something going on as adventures fairly fall over each other once the ship sails into Indian waters. If you like sea stories you will enjoy this, and even if you think you don’t but enjoy things like Sharpe it might just convert you. Originality isn’t everything. 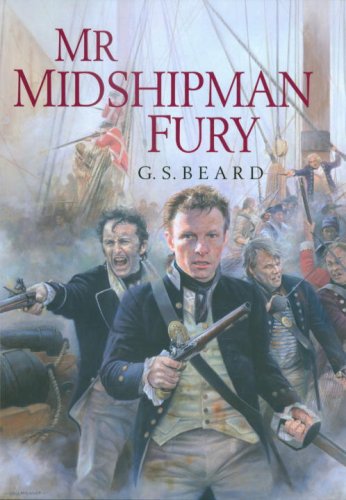