This story moves between the new Dutch colony on Formosa (Taiwan), and China, as the invading Manchus destroy the Ming dynasty. Koxinga, the last defiant Ming warrior, is forced to flee with his fleet. Believing a prophecy that he will drive foreigners from an island and become its ruler, he sails to Formosa. So the siege of Fort Zeelandia begins.

The first half of the book combines a history of the Dutch settlement set against Koxinga’s adolescence and his rise to warrior-hero. The result is a collection of facts peopled by such a wide spread of Dutch and Chinese characters that few are strongly established. Even Koxinga and Coyett, the Dutch Governor, seem more like chess pieces. In the second half, the novel takes off, pitting Koxinga against Coyett. With no assistance from his superiors in Java, Coyett is left to defend the Dutch not only from the attacking Chinese but from the Chinese settlers and aboriginal Formosans. As the tension builds, the characters take on greater dimensions. Will the Dutch survive or be massacred? Is Koxinga a noble hero of Chinese history or just a vicious thug verging on insanity?

Despite a regrettable lack of local colour, Bergvelt’s well-researched novel deals with an unfamiliar period of Asian history and eventually brings it to life. A map and more details about the island and its original inhabitants would have been interesting and helpful. 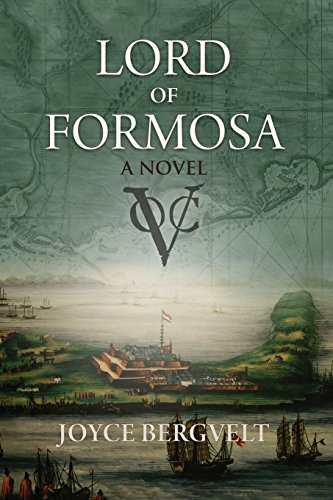