Henry VIII: And the Men Who Made Him

In this biography, Tracy Borman delivers an exhaustive study not only of Henry VIII, but of the men who shaped him as a man and as a king. From early tutors to his friends, from his relationship with his father, and Cardinal Wolsey, to his chief minister–Thomas Cromwell — as well as his companions and servants, Borman delves into the backgrounds and politics of the men who surrounded and affected him.

Capably intuiting the personalities of both Henry and his influencers, the author concentrates not on the worn path of brutality and numerous marriages, but on the political landscape, the emotional pulls, and insecurities of Henry’s decisions. Choosing to illuminate Henry’s environment and his vulnerabilities, Borman’s writing style is easily accessible, and she succeeds in delivering a uniquely intimate portrait. Illustrative plates and a well-written index further enhance the text. 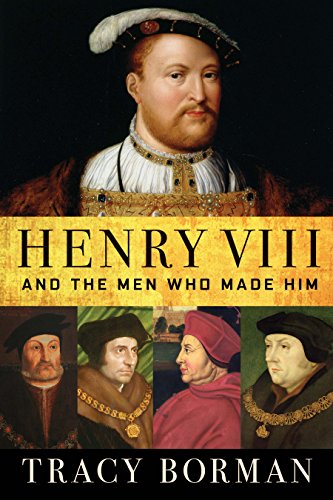