Forever and a Day: A James Bond Novel

World War II has ended, the Korean War has just begun, and British agent 007 turns up dead off a quay by Marseilles. The young James Bond is recruited to take the dead agent’s place—his desk, his number, his license to kill—and to find out what happened.

When Bond arrives in Marseilles, it seems the local good guys (CIA) and bad guys (Corsican heroin producers) already know who he is, where he’ll be snooping, and what he wants. They all warn him to go back to his little island before the Brits will need to find a third 007. But Bond keeps plugging and soon runs into horrific predicaments, two beautiful women connected to his search, and a plot to destroy America from the inside out.

Horowitz gives us more than the usual elements of a Bond novel. Three main villains are truly horrible, though we don’t learn the whole truth about one until the very last pages. Bond’s love interest is smart and beautiful, but ruthless and enigmatic. One huge chase scene is both credible and head-spinning. The maiden voyage of a lavish but almost empty passenger ship, built and owned by one of the villains, becomes a prison for torture and other mayhem.

Through it all, the characters remain very real; each has depth, displays true feelings—or an inability to feel anything. Bond himself is at once brash and insecure as he grows into the 007 role. Solid prose enhances the riveting plot lines and keeps readers engrossed (“The sun has always been a little in love with the south of France”). Horowitz’s writing mastery is fully realized in this page-turning thriller. Highly recommended. 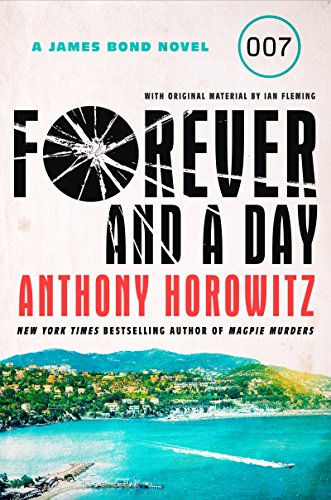