In what is said to be the final instalment of the exciting Nicholas Talbot adventures (though, never say never), octogenarian author M. Stanford-Smith once again brings us a thrilling tale of Elizabethan life. Her hero, Nicholas, the son of the late first Earl of Rokesby, has moved up to an estate in Scotland with his wife Rosalyne, their two sons, and his great friend, the renegade playwright and acerbic wit, Christopher Marlowe. But life isn’t all peace and heather, for Nicholas’ archenemy, Mowbray, is still at large, and Their Majesties James VI of Scotland and Elizabeth I of England are also vying for his devotion.

Despite moments of confusion – points of view chop and change too often, and familiarity with the first two stories in the series would be an advantage here – this adventure still rattles along for the novice to late 16th-century life, with a cracking mix of authentic language, everyday existence and courtly affairs. The characters are rich and well drawn and the politics suitably twisted and dark, particularly with the aged Elizabeth having to fend off interest from all sides.

But what is most intriguing about this book is the subplot involving Marlowe and how he is the true author of the most popular plays put on at the Globe in London, which were, and still are, attributed to one William Shakespeare. 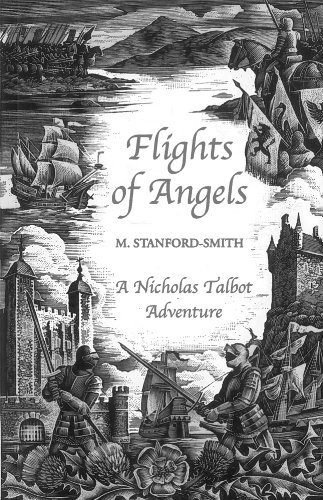