When young Albert Einstein’s father gives him a jeweled compass, he has no idea the adventure that awaits. Spanning from 10,400 BCE on the Islands of Poseidon to Switzerland in 1903, Einstein’s Compass sweeps across dimensions all while Albert Einstein is growing into his destiny. But a dangerous creature hunts Albert and the compass. In this fantasy adventure, cosmic forces of good and evil clash around a budding scientist on the cusp of his greatest discovery.

Einstein’s early life and influences are touched upon. I enjoyed the maturing relationship of Einstein and friend, Johann, along with the strength obtained from that bond. Exploring the young genius’s early antics was enjoyable. However, Einstein’s relationship and research collaboration with Mileva Maric are glossed over. On January 6, 1903, he married Mileva, but she’s referred to as his fiancée in a chapter dated Spring 1903. Editing-wise, there are some errors particularly in the book’s second half, like missing quotation marks at the start of dialogue, spaces between words and punctuation, and erroneous hyphens in words like “poten-tial” and “re-venge.”

The authors throw in elements of time travel, alien DNA, anti-Semitism, the fall of Atlantis, spiritual enlightenment, and reincarnation which work surprisingly well together. Notable characters Einstein meets, known as “Light Travelers,” include Moses, Akhenaten, and Jesus. Overall, this was a curiosity-arousing story with a well-crafted spiritual core carefully woven in with the threads of science, space, and time. There’s plenty of world building and enough character intrigue to keep readers turning the pages. A fun fantasy adventure. 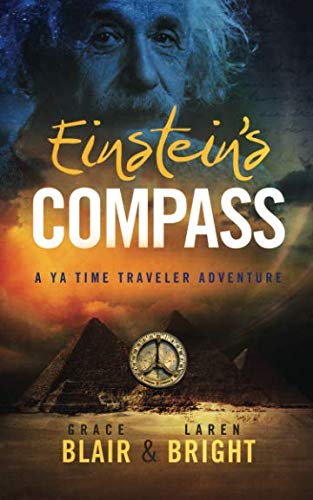