Book of the Night: The Black Musketeers

In what is sure to be the first installment of a new series, Oliver Pötzsch takes readers on a wild adventure with a group of young boys who become embroiled in war and magic and who eventually join up with the famed Black Musketeers. With war on the horizon and Inquisitors searching for witches throughout Bavaria, 13-year-old Lukas von Lohenfels, a young nobleman trained by his famous Musketeer father to be an expert swordsman, wakes one morning only to watch disaster strike his family. With his life on the line, he is forced to flee his home, leaving his mother and little sister, Elsa, in the hands of the enemy. While hiding in the woods, Lukas comes across dangerous and fascinating characters and eventually encounters the three other young swordsmen with whom he joins forces. As he continues his search for his sister, he learns about a powerful magical book and realizes there is more to his family history than he thought imaginable.

Written for teens, Book of the Night offers a good tale for diehard sword-and-sorcery fans of all ages. I found the language to be somewhat too modern at times—perhaps this was a result of the translation—but that did not hinder my enjoyment. I also enjoyed reading a story set in Germany, and the descriptions of the setting and the well-fleshed out and wide variety of characters enriched the tale. Basically a coming-of-age story filled with magic and mayhem, this is a good book to get boys hooked on historical fiction. 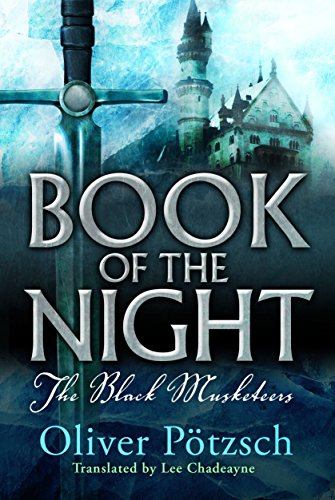