Blood Queen is the first in a trilogy exploring the ‘real women’ behind Shakespeare’s most notorious queens, beginning with Lady Macbeth. Shakespeare’s version is, of course, more fiction than fact. In reality, Macbeth appears to have been a strong and respected 11th-century king who ruled successfully for seventeen years – a formidable achievement in an age where the clans were constantly at war for domination of Alba, as Scotland was then known. (Furthermore, there is no evidence to suggest his wife descended into the tragic madness Shakespeare portrayed so memorably.) As far as possible, Blood Queen is historically accurate, but records for this period are sparse and, at times, contradictory, which gave Courtney the opportunity to offer her own interpretation.

This is a beautifully written book, moving effortlessly from vivid descriptions of the beauty of the highlands, to the bleak brutality of countless battlefields. The characters are finely drawn and heartbreakingly believable as lives and loves are lost in a seemingly endless cycle of bloody vendetta. However, I would argue with the overall structure of the novel. Although promoted as the story of Cora MacDuff (aka Lady Macbeth), alternate chapters follow Lady Sibyll, the Danish-born wife of Duncan (Macbeth’s main adversary). Both women are strong and courageous and both are willing to sacrifice everything to ensure their sons inherit the throne. In theory, it makes perfect sense to explore the lives of Cora and Sibyll in parallel, but in practice, I found the constant switching from one camp to the other confusing and irritating. For me, this disjointed format lessened the impact of an otherwise powerful and moving novel. 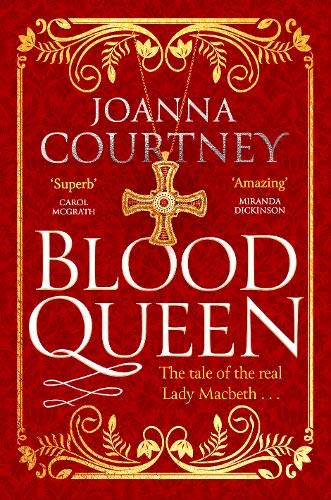