Betrayal: The Centurions I

68 AD, a time of turmoil in the Roman Empire. Nero has committed suicide, and Galba has taken the throne. Galba dismisses the incorruptible Germans of the imperial bodyguard and orders them back to their homeland. He releases Julius Civilis, a Batavian officer, to be their prefect. Outwardly loyal, Civilis has plans of his own. Four centurions, two Batavi and two Roman, will be caught up in the unprecedented political intrigue, skullduggery and war of the Year of the Four Emperors, as the legions support different contenders in their bids to become Emperor. Civilis will change the Empire’s destiny and that of the centurions.

This is the first of a trilogy from the author of the excellent Empire series. Detailed research puts the reader into the hearts and minds of the characters, bringing alive the whole bloody period in a way which is informative and exciting. The battle scenes are tense and vibrant without being overly graphic. Historical fiction has gone from strength to strength, and this latest offering ranks with the best. I can hardly wait for the next instalment. Highly recommended. 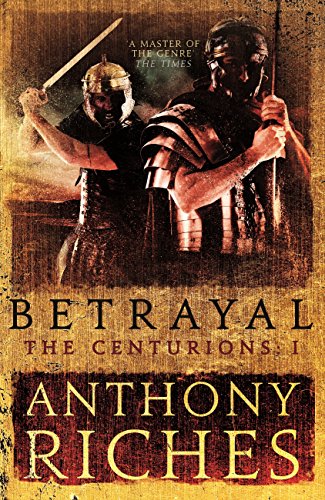