Magnus, son of Harold Godwinson, lord of the Southern Saxons, leads us through the events that led to his father’s fateful death at the Battle of Hastings in 1066. The story opens with a dramatic prologue set at Senlac Ridge, 14th October 1066. However, Magnus’s journey really begins in May 1065 when King Edward dies, leaving the ambitious Harold as his successor. This is followed by months of incredible political turmoil as Harold tries to work out whose loyalties lie where.

Magnus is chosen over his brothers, Edwin and Morcar, to go on a mission to spy on his Uncle Tostig Godwinson. Tostig, Earl of Northumbria, is ruthless towards his people, who do not or cannot pay the taxes he demands. Tostig’s own ambition to become king means that Magnus must travel to Normandy, and then to the kingdoms of his father’ enemies, before he can report on the extent of the treachery.

Magnus is accompanied by the loyal house-carl, Hakon. I loved this understated yet strong character. Like many royal guards, he is a Dane. This cross-cultural society within the land of the Saxons is clearly shown. Old English and Norse texts are included to give a feel for the time.

Magnus learns to think and fight like a warrior, becoming a leader of men under Hakon’s guidance. The hardships of life on a long journey and the gore and brutality of battle are accurately portrayed in action-packed scenes. Magnus matures as he learns harsh lessons when he witnesses his father’s own ruthlessness at first hand.

The action is fast-paced and the historic detail accurate. The reader is swept along with Magnus as his quest continues. Most know what happened to Harold, but this book explores why. The ending does not disappoint. Suitable for 8+ and KS2 History. 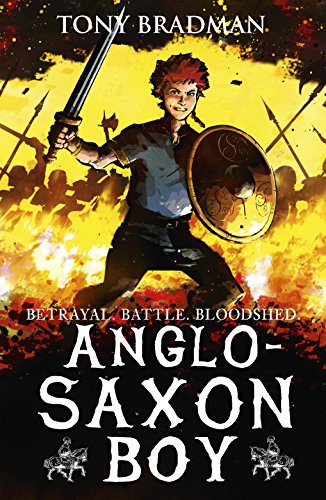