Anvil Of God (Book One of the Carolingian Chronicles)

Charles “The Hammer” Martel and his family are the focus of Gleason’s utterly confident novel, the first in a projected series about the 8th century Carolingian dynasty. As the action of Anvil of God opens, Charles has determined to divide his kingdom among his three sons, Carloman, Pippin, and Gripho, and to marry his daughter Hiltrude to a Lombard prince in a politically important strategic alliance.

Gleason’s grasp of these characters is nothing short of marvelous; Anvil of God is full of fascinating characters, including the various prelates and military men who run Charles’ kingdom and most especially Charles’ wife Sunnichild, secret follower of old religions and behind-the-scenes power-broker. Through scenes of gritty violence and complex intrigue, Gleason unfolds a story of dynastic power-plays and clashing personalities that brings the entire era immediately to life. Particularly enjoyable is the strong inclusion of the women’s stories that are often obscured or omitted from the contemporary histories of the time; Sunnichild and Hiltrude are wonderful dramatic creations.

Gleason’s dialogue is sharp throughout, and the book’s obviously vast research is smoothly worked into the narrative. Highly recommended. 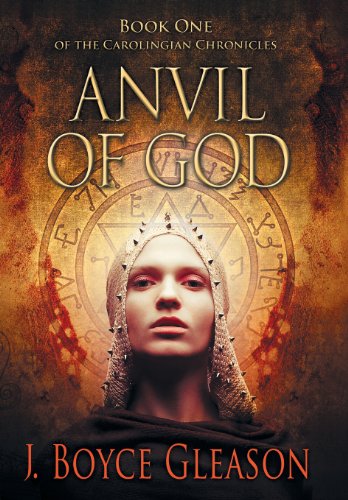