This is a shocking book, and I hope you will read it and be suitably shocked. It is set in a military psychiatric hospital near Birmingham, England, in 1947, treating cases of what we now call Post-Traumatic Stress Disorder (PTSD). The hospital is being run down in preparation for its hand-over to the new National Health Service.

There are two main protagonists, a patient and a psychiatrist, and the narrative alternates between the two points of view. The patient is a veteran of the Burma campaign who has had violent episodes since being demobilized, and the psychiatrist is a psychotherapist, very much out of sympathy with the views of several of his colleagues who favour physical interventions such as electroconvulsive therapy and lobotomy (severing the connections between the frontal lobes and the inner brain). There is a chilling account of a demonstration lobotomy under local anaesthetic.

There is no real plot. Both protagonists come to terms with their inner demons and move on. Besides being a bestselling author and playwright, Llewellyn is a cognitive behavioural therapist who worked in a PTSD clinic in Northern Ireland. Her book is a reminder of the invisible wounds of war and the difficulties we have in understanding and treating them. 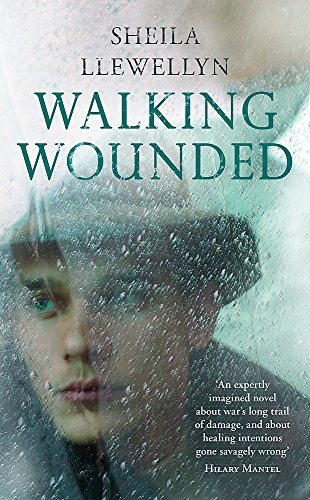