The Song And The Truth

The Song and the Truth is told in the voice of a young child whose stories of dreams and reality are so intermingled that the reader often wonders which part is song, which is truth. It is the story of Lulu, a young Jewish girl growing up in Indonesia and in Holland during Hitler’s reign. The adults around Lulu are complex and dramatic. It appears most of these adults are more childlike in their actions than Lulu. The compassionate father and narcissistic mother are so busy in their own worlds that they seem to forget this young child growing up before them. When Lulu tells her aunt about what she believed were her dreams, she unwittingly exposes realities that rock the lives of all around her.

As Lulu grows and life changes, the images she remembers become more real. Cold Holland comes as a shock to someone who grew up in the warm climate of Indonesia. Even colder are the people she meets. Things get tougher still as Lulu and her family face Hitler’s rule and the effects of the war.

Ruebsamen tells Lulu’s story as if the child is slowly waking from a dream to face the cold realities of life. The story, like the child, begins with a warmth and vitality that seems to slowly ebb away to cool listlessness. The strength of this tale lies in the powerful images of Indonesian life and culture shown through the eyes of a child. 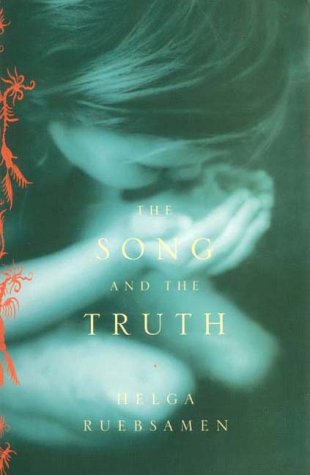