Set in the middle of the seventeenth century, in Newport, Rhode Island, Herodias Long, separated from her abusive first husband, struggles to live a calm and contented life with her new common-law husband, George Gardner. Between repeated childbirths she is restless and particularly disturbed by the behaviour of her best friend Mary Dyer, who returns from an extended visit to England declaring that she has become a Quaker. With her new-found faith and Quaker friends, Mary insists on spreading the word into the Puritan areas around Boston, even though they know that this could bring danger of imprisonment, whipping, torture or even death.

Though not a Quaker herself, when Herodias hears that two of Mary’s women friends have been whipped and imprisoned in Boston, she sets out with her new baby and a young servant girl to walk to Boston to protest at their cruel treatment. She succeeds in gaining freedom for the women, but instead finds herself and the young girl whipped and imprisoned in their place. She is rescued from jail by John Porter, an older man who clearly admires her and returns her to her home. However Mary will not be satisfied until her determination to spread the Quaker faith takes her into imprisonment and eventual sentence of death. Herodias sets out once again, in the supportive company of John Porter to try to save her friend.

This is the second in a series, but it stands alone. The heroine was an ancestress of the writer and the depth of research and admiration that she has for Herodias springs from the pages. I felt that the protagonist’s motives were slightly unclear at times and the prose a little repetitive but the book is very well produced and copy edited. 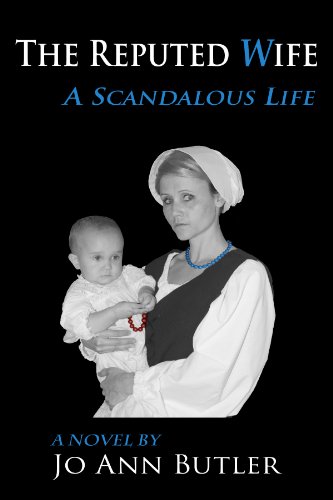