The Naming Game (The Company Files)

Charles Loew, a studio writer for Warner Brothers Pictures, is found dead, shot in the back of the head at close range, a .22 caliber bullet lodged in his head, and a matchbook from the Café Trocadero nightspot and a stained, folded piece of paper with hard-to-read initials and numbers in his pocket. It’s the 1950s, and motion picture screenwriters are under investigation by the U.S. House Un-American Activities Committee. Pressed by the committee to answer the question “Are you now or have you ever been a member of the Communist Party?” and give the names of friends or associates who are, writers are blacklisted. Current and former Communists lose their jobs in the writer’s pool at major studios, dive underground and write as so-called fronts, and often are found guilty in civil courts of moral turpitude.

The Naming Game takes readers to the hot spots and haunts of Hollywood where studio execs rub elbows with underworld henchmen, psychiatrists keep files on the rich and not-so-rich, and the CIA keeps tabs on J. Edgar Hoover’s FBI.

The second in Valjan’s Company Files series, The Naming Game brings together CIA operatives with a history: Jack Marshall, Walker, and Leslie. The names and aliases sometimes make it difficult to track who is who and who knows whom, and some plot details are implausible. But the imagery is rich, innovative, and evocative. Readers meet intriguing players from the past—the ruthless lawyer Roy Cohn, mobster Johnny Stompanato, studio mogul Jack Warner. With federal troops confronting protestors on the streets of some cities this summer, the 1950s clash between individual civil liberties and national security seems all too real. 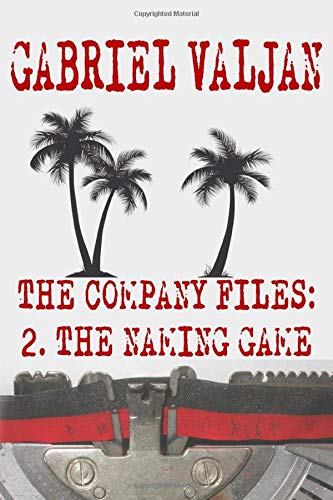