The King Must Die

‘I cannot keep from putting my hand to what I find about me,’ declares Mary Renault’s hero, Theseus. He is the grandson of a king, but his paternity is in question. He may be the son of the god Poseidon, and his premonitions of earthquakes and volcanic eruptions seem to bear this out, but equally, he may be the son of the King of Athens. He sets out along the bandit-strewn road to Athens to find out. En route he inadvertently becomes a king intended for sacrifice in a matriarchal society. Surviving that challenge through astute deployment of his wits, he is briefly united with his father, before volunteering for the Minoan tribute: to be sacrificed as a bull-dancer in Crete. Can Theseus’ leadership skills, ingenuity and seductive capacities enable him to survive?

Renault surely features in most people’s roll call of significant historical novelists. Her Alexandrian trilogy fired my own imagination as a teenager. Originally published in 1958, this limited edition of The King Must Die is an exquisite object with a slipcase and eight full-page colour illustrations by Geoff Grandfield and an introduction by historian Robin Lane Fox. Grandfield’s dominant black and terracotta palette references Cretan frescos and black-figure Greek pottery, which were, in their turn, inspirations for Renault’s own creativity. A splendid story and a splendid book. 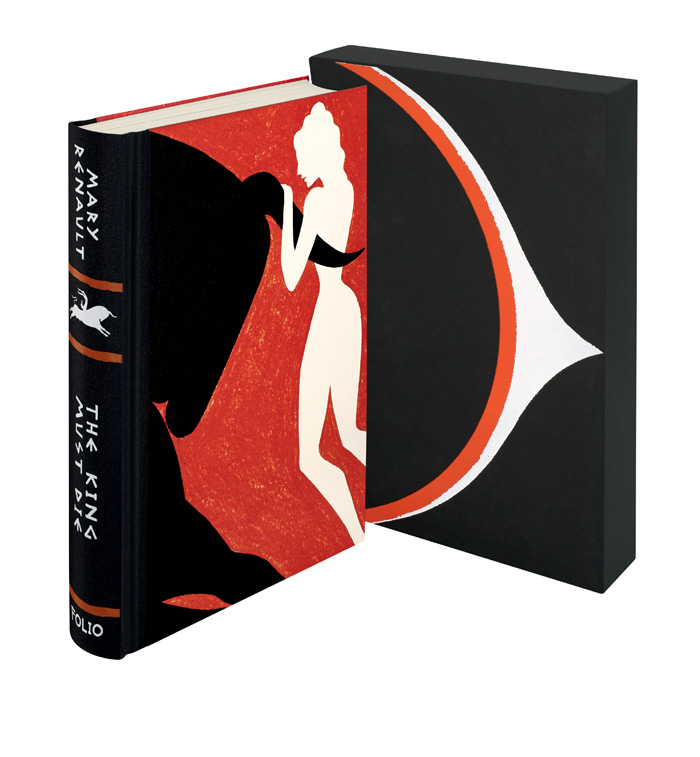