The Jewel of His Heart

In the 1890s, Juliana Brady and her sickly mother live in a run-down cabin in a Montana mining town while her father is out discovering gold. Juliana has been helping out by cooking and cleaning, the only jobs available. While tending his sheep ranch, Josh McBride, who has been essentially disinherited by his cattle baron father, comes upon some blue pebbles in a stream. Little does he know how much these stones will change his life. Coming into town one day, Josh finds Juliana’s dying mother and takes her to the doctor. He is stunned when he meets the lovely young woman whose blue eyes are the same shade as the stones. Juliana knows Josh looks familiar: where has she seen those eyes before?

The Jewel of His Heart is based on true events, and Brendan has researched her subject well. Her descriptions of western life are spot-on. The second in Brendan’s “Heart of the West” series, this Christian romance will appeal to genre fans, but its overwhelming religious references may be uncomfortable for others. While it stands on its own, it might be beneficial to read the books in order. Recommended for readers who enjoy Janette Oke, this is a story to savor. 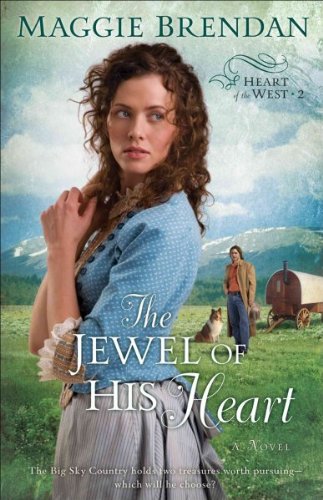