The Hand That First Held Mine

Lexie Sinclair’s passions run deep; we meet her at her parent’s home near Cornwall, England, just after the end of World War II, as she dreams of escape from a humdrum existence of housekeeping and moral rigidity. Innes Kent, a journalist, art-lover, and bon vivant, appears on the scene and is Lexie’s way out. Innes introduces Lexie to writing, art, bohemian post-war London, and love, and she eagerly embraces all aspects of this, the life she was meant to have.

Flash forward to the London of today, where new mother Irina is recovering from a nearly-fatal Caesarean section. Irina’s boyfriend Ted was traumatized by the experience almost as much as Irina, and they both fade in and out of reality, visited by visions and memories. For Ted, who has never had much of a memory, this is truly disconcerting, as he tries to understand and find some context for these chaotic thoughts and feelings. For her part, Irina becomes detached, overwhelmed by this small yet demanding new life who takes precedence over everything, including her painting. The chapters alternate between Lexie’s life and Irina’s, drawing the reader into both the mysteries and parallels between them.

Post-war London comes to life with Lexie and Innes, and their arms-open approach to the future. For Irina and Ted, the geography is more emotional, with a lot of internalizing; when they do get out of their heads, and their house, the consequences are life-changing. O’Farrell draws these seemingly disparate lives together deftly, with great feeling and perfect tension, making for a superb read. 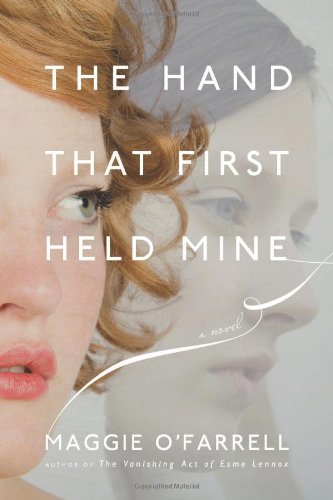