American Jade del Cameron returns in her sixth mystery set in Africa in the 1920s. She misses Sam Featherstone, who believed that she loved her freedom more than she loved him and returned to the States. Now Jade is receiving letters from the fiancé who died in the Great War and imagining she sees him as well. Nairobi Police Inspector Finch can only shake his head when Jade finds two dead men, in two separate instances. Their common bond was that they both held shares in a gold mine, so Jade suspects death is to come for other shareholders until one man is left with all the gold. As if Jade did not have enough on her plate, her nemesis—her dead fiancé’s mother—has escaped from jail. And yes, there is also a crocodile that is seemingly invincible.

The plot is stuffed to the brim with incident, so much so that I lost the threads of the story at times, but Jade is an appealing a heroine as ever. In past outings, I sometimes found her too good to be true but her vulnerability here has humanized her, and her native friends and fellow expatriates have made Africa a home. No spoilers here, but I look forward to Jade’s next mystery. 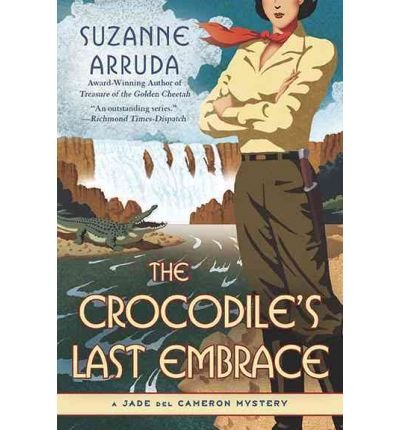