January 1665, and the ills in the City of London are mostly treatable fevers and accidents. Susannah Leyton is happy as trusted assistant to her apothecary father. Not all men acknowledge her skills; for instance, dark, impassive Doctor William Ambrose who moves like a lone wolf through the city streets. Her father’s remarriage is disastrous for Susannah. Spiteful and extravagant, Arabella rules the besotted Mr Leyton. Marriage with Henry Savage offers Susannah an escape, but this man’s long absences and unloving behaviour are incomprehensible. His death discloses nothing but her vanished dowry and his debts. Susannah is saved from starvation in the unforgiving streets by becoming waiting woman to tetchy, arthritic Agnes Fygge, aunt of Doctor Ambrose. Susannah falls into admiration and desire for this dedicated, enigmatic man. When he introduces a beautiful black slave into the household, his affection for Phoebe and her little mulatto son is apparent. Surely this child must be her master’s son and Phoebe, proud and disdainful, is secure in William’s love?

The Great Plague, unleashed, rages through the city and in the ensuing months of suffering, secrets are at last uncovered. Susannah and all in the beleaguered household are united in grief.

This traditional historical romance gives a striking picture of a city at the mercy of an invisible enemy. The author acknowledges her debt to Samuel Pepys, and there are passages in her novel, especially those of domestic chaos, which would win sympathetic understanding, and possibly a wry smile, from the great diarist. 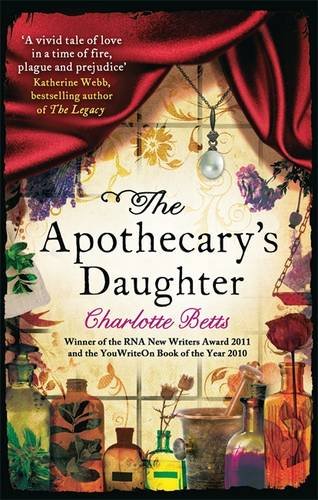