Swimming in the Moon

It is 1904, and 14-year-old Lucia lives with her mother, Therese, a servant in a Neapolitan grand home. There Therese, marginally unstable emotionally, earns her keep by singing soothing melodies for the Countess when the other woman suffers from chronic headaches. It’s no wonder her mistress’s head hurts – her husband is a cruel and demanding man. When the count labels Lucia’s mother a hysteric and encourages a doctor-friend to experiment on Therese, nearly killing her, Lucia and her mother are forced to escape Naples. They flee to America. In Cleveland, Ohio, the two women try to make a new start but end up struggling to survive, as so many immigrants in the early 1900s did. Lucia’s grand dreams of completing high school and going to college seem nearly impossible at times, but she bravely soldiers on and becomes involved in the fight for workers’ rights. Lucia grows into herself, becoming involved in the Cleveland Garment Workers’ Strike of 1911 and helping others to a better way of life.

This is a beautifully written book just in terms of the use of language. However, it also paints a believable and poignant portrait of an early 20th-century American city. Universal themes of caregiving and the tragedy of mental illness play major roles. There are even glimpses into the vaudeville lifestyle when Therese attempts to return to her singing to help support herself and her daughter. One can’t help falling in love with these two women. They might be our mothers or sisters in another place and time. This is a special novel that remains with the reader long after the book closes. 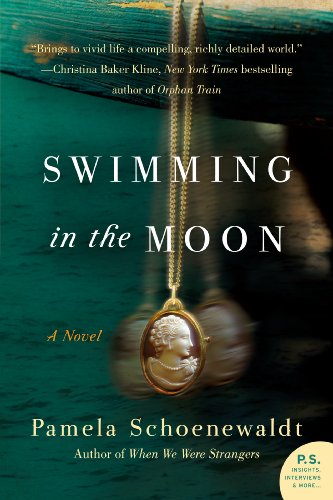