Secrets of the Tudor Court: The Pleasure Palace

Jeanne Popyncourt is eight years old in 1498 when she and her mother, a lady-in-waiting to Anne of Brittany, are forced to flee the French court. Unaware of the reasons behind their sudden departure, the innocent child, now referred to as Jane, settles into her new life in England, keeping company with noblemen’s children and tutoring the royal princesses in French. After her mother dies unexpectedly, Jane comes wholly under the protection of King Henry VII. She later becomes a maid of honor and confidante of his youngest daughter, Princess Mary.

After Henry VIII gains the throne, continuing his father’s off-again, on-again war with France, Jane becomes the mistress of the Duc de Longueville, a dashing—and married—French prisoner of war. Some of her longtime friends are suspicious of her close association with the enemy, but by now Jane has grown wise to court machinations. She also quietly begins seeking out answers to mysteries about her past, believing the truth resides in those persons who attended her mother in her final hours.

Emerson’s lively “fictional memoir” of Jane Popyncourt includes many vivid descriptions of the clothing, comportment, and extravagant entertainments at the royal court—tournaments, dances, pageants, and masques—and adds to these lighter moments a subtle undercurrent of mystery and political intrigue. Comparatively little is known of the historical Jane, and Emerson weaves a plausible scenario from the existing fragments of her life, as detailed in an informative author’s note. Unlike other novels in the crowded Tudor market, she focuses not on lurid scandals but on her self-assured, intelligent heroine, a woman who pursues her passions, weighs her available options, and emerges with her head held high. It was also refreshing to read about one of the less documented (in fiction, anyway) parts of Henry VIII’s reign. Thoroughly enjoyable. 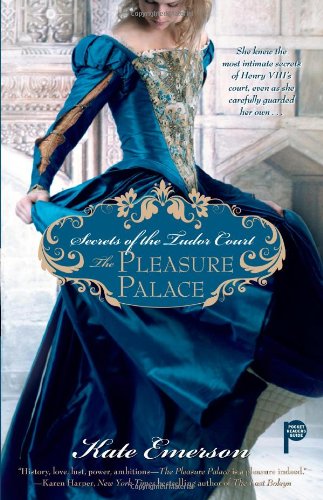