Sicily, after the devastation of the Second World War. We are given the history of the last years of Giuseppe Tomasi, true-life author of The Leopard; perhaps you’re familiar with the Burt Lancaster film from the ’60s. Given a death sentence by his doctor, Giuseppe—who has been a critic with an aristocrat’s idle interest in letters—begins to write his life’s work. He is the scion of an old noble family. Lampedusa, the once-lavish family estate, is in ruins through which his mother wanders like a ghost. The events of the novel he is working on from a century previous sometimes find parallels in his own life. He will never have children to carry on the line. Although he keeps writing and rewriting, he receives only disappointing news from the publishers.

This is a languid book, literary and exquisitely evocative. The most exciting episodes of murder and death come in the form of memory as the ancient family slowly crumbles and vanishes under the Mediterranean sun. If you’re looking for the thrilling mafioso betrayal and upheaval, the stark good and evil, of a popular novel, it is not here. But the writing is so breathtaking, I have just picked up the author’s previous 750-page novel By Gaslight. I long to be in the grip of this language much longer. It is also noteworthy that Price visited with Giuseppe Tomasi’s adopted son—a character and event in the book—in Palermo as part of his research. 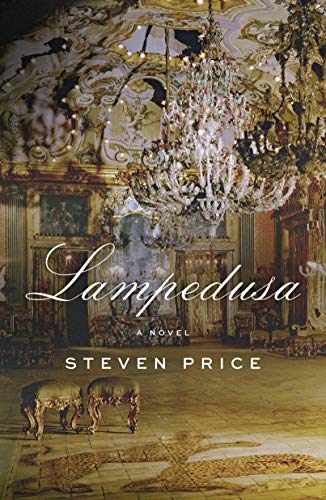