Just One Season in London

The Ryecrofts, a noble family in a dire financial situation, are pinning all of their hopes on daughter Sophie making a good marriage. But in order for Sophie to meet the right (wealthy) man, she’ll need a season in London. When a London banker offers to rent the family’s country manor for the summer, the three Ryecrofts make their way to the home of Lady Stone, an eccentric widow who sees Sophie’s potential as a great beauty, as well as Rye’s potential as a fine catch for an heiress with enough money to fix the Ryecroft family home.

Michaels cleverly balances three love stories – Sophie’s, Rye’s, and their mother’s – in one novel. Each is a little different, and there are some surprising twists, especially in Sophie’s story.

Because there’s so much going on, the ending seems a bit tidy and quick, and the relationship between Sophie and her future husband doesn’t have a whole lot behind it. However, Michaels manages to avoid the expected, and her characters are a lot of fun. Fans of steamy Regency romances will enjoy this one. 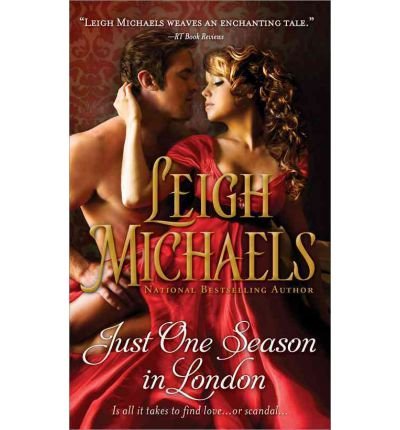