Everyone Knows Your Mother Is a Witch

In Württemberg, Germany, in 1618, a neighbor accuses 72-year-old Katherina Kepler, mother of famed astronomer Johannes Kepler, of witchcraft. In a society wracked by war and Plague, such accusations against an eccentric, superstitious widow take hold all too easily, and Katharina’s famous son must come to his mother’s defense.

Based on Katharina Kepler’s real life, the often bitingly funny narration comes primarily from Katharina herself as she unspools her story to her friend Simon. Juxtaposing this with court interviews with Katharina’s acquaintances, Galchen weaves a whip-smart feminist tale of a woman who is prosecuted and persecuted to save a man’s reputation. Along the way, she makes sharp and still relevant observations about society’s willingness to cast aside women when they’re no longer young and beautiful. Considered both expendable and incompetent, Katharina is prohibited from defending herself or even from appearing before the authorities without a male guardian. Her knowledge of herbal medicines reinforces her community’s beliefs that she is a witch and should be executed. In light of all this, it’s little wonder that the fictional Katharina’s favorite companion is her old milk cow.

Though the plot at times feels meandering, Galchen does eventually get to the point, and Katharina’s insights, as well as those of the large, colorful cast of secondary characters, keeps the novel entertaining. Readers who can forgive an abrupt ending will find much to enjoy. 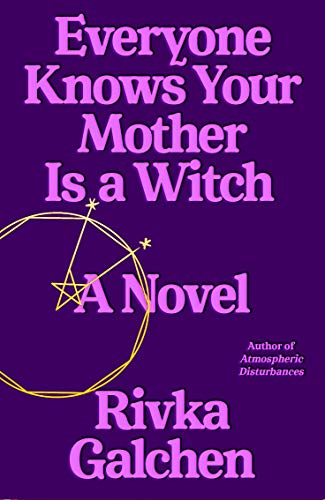