Beneath A Marble Sky

Set in the 17th century, this novel opens with the Mogul Emperor Shah Jahan’s daugher, Jahanara, telling her granddaughters the story of her life while divulging to them their true identity as heirs to the throne of Hindustan. Until now, the granddaughters have been kept in ignorance of their true heritage in an effort to safeguard them from their brutal uncle, Aurangzeb, who usurped his father’s throne and locked him away until his death. As Jahanara’s story unfolds, we meet her father, Emperor Shah Jahan, whose deep and abiding love for his empress, Mumtaz Mahal, inspired him to build the magnificent Taj Mahal as her eternal resting place. We also experience the suffering of the royal family as a result of her uncle’s avarice, both prior to and during a portion of his tyrannical reign.

The author has obviously done in-depth research of the Taj Mahal and its history. In addition to his fascinating storyline, he weaves in many details about the planning and building of this unique architectural masterpiece. From the exquisite white marble brought in from the quarries of Makrana to the gold and precious gemstones decorating it, Shors enables his readers to visualize the profound wonder of it all. He also depicts the political climate in a clear and concise manner so that readers can better understand the Mogul empire that reigned supreme during this period of India’s history. I can highly recommend this novel, a real page-turner throughout. 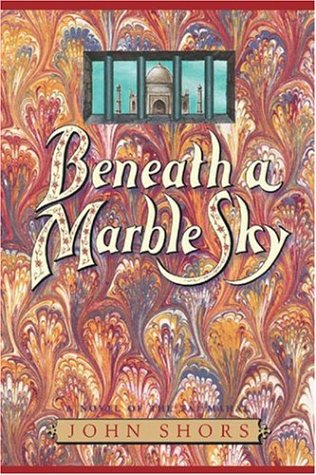