An interracial gay Regency romance (fun to say at parties), A Gentleman Never Keeps Score is the second in the Seducing the Sedgwicks series but stands on its own. Hartley Sedgwick spent his late teens as the life of the libertine society party. While it cost him dignity and self-respect, it gained his brothers the advantages that only money can buy. Now his patron is dead, and he has inherited the fashionable mansion, but he has been exposed as a sodomite. Sam Fox, a black ex-boxer turned pub owner, doesn’t exist in the same sphere as Hartley. When his brother’s lover confesses she had posed nude for money, Sam vows to help. His search takes him to the mansion, where he finds Hartley. The paintings were gone when he inherited the place, but he teams up with Fox to recover them. Along the way, despite the differences of race and class, these two men, one exposed and one deeply hidden, find a tender, full love. The challenges for these two men may sound insurmountable, but Sebastian leads the reader down a path where no obstacle—bigotry from the outside or self-loathing from the inside—can stand in the way of real love. 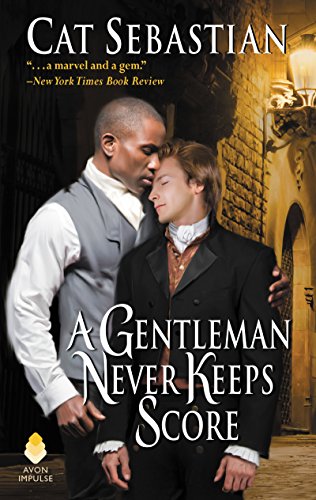