Some “literary” novels contain rich, descriptive language that might be enjoyable to read but has no real bearing on the story they profess to tell. In the short book White Ghost Girls, the language is rich and descriptive, and every word counts. Alice Greenway’s first novel shows a brief period in the lives of two teenage sisters, the “white ghost girls.” Kate and Frankie are living in Hong Kong with their otherworldly artist mother in 1967. Although communists march, and dead bodies float up in the harbour (all that is left of people desperate to flee Mao’s China), the girls’ summer consists of swimming and picnics, whispered secrets in a jungle hideout, and forced attendance at expatriate parties. Life is occasionally enlivened by their father’s visits (he shoots photos of the escalating war in Vietnam). Underlying all is heavy tension.

From the first page, we know something catastrophic will happen to the sisters, but when it does happen, it shocks, though it is wholly believable in the context of the setting and the personalities of the characters. The advance reading copy I received contained several endorsements of Alice Greenway’s debut novel. They write that it is about memory and love and loss and homesickness, but to me it was also about secrets and our failure to communicate effectively with those we profess to love best. I agree with the endorsements – it’s fabulous. 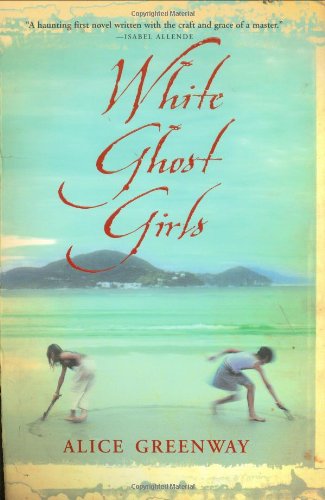