Set in 1336, and starting in Anatolia, The Storyteller’s Granddaughter tells the tale of 17-year-old Sophia, whose beloved herbalist grandmother had just died. Sophia is to be sent back to her father’s tribe, a course of action that would be fraught with uncertainty and danger. To avoid this, Sophia sets off on her own long journey along the Spice Road all the way from Anatolia to England, in search of her grandfather, Will the Storyteller.

Sophia must disguise herself as a boy to survive her action-packed, suspenseful journey with the handsome trader she believes might help her find her grandfather. The author cleverly draws the reader into this beautiful, fascinating and dangerous medieval world through a narrative pace that never lets up as Sophia faces one crisis after another: the elements, starvation, and evil, mercenary slavers. The girl finds she must use all of her skill and cunning as a horsewoman and a healer to avoid capture and certain death. But the stories of the people with whom she travels, the heroes, the villains, the slavers and the singers, urge Sophia onward, eventually bringing her closer to a new home.

For readers looking for a gripping medieval adventure that stunningly portrays 14th-century Anatolia, I would recommend The Storyteller’s Granddaughter. 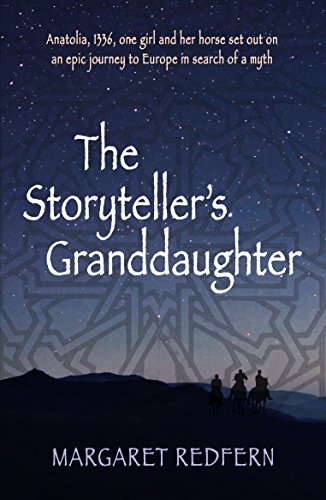